The Indian economy is seeing a much-needed revival from the pandemic-induced devastation that nearly paralysed the country during the summer months of April and May.

The brutal second wave took the thunder out of the promising recovery reported in the previous quarter, which had shown a growth of 1.5% in the GDP backed by a favourable base effect. Unfortunately, the state lockdowns hit India’s industrial activity in May, with manufacturing activity dropping to its lowest in 10 months; forcing producers to reduce inventory which in turn accelerated job attritions.

For the fiscal year 2020-21, India’s economy took an overall hit of USD 83bn, contracting by 7.3% in real terms. As such, the June quarter was slated to publish strong growth, compared to the vertical contraction of 24.4% reported in the corresponding quarter last year. Before the second wave began; expert opinion veered towards a 14% GDP growth for the next fiscal 2021-22. However, the projections have been significantly pared down to a single-digit 9% as the revised target. The target to achieve a GDP of USD 5tn by 2025, which seemed steep even before the pandemic, now looks almost impossible.

Surprisingly, the last fiscal year 2020-21 threw up two unusual financial occurrences. First, the tax collections rose by 4.9% year-on-year despite a significant drop in the GDP. The increase could be attributed to higher tax collections that were buoyed by indirect tax collections, leveraged on unrestrained fuel prices. The second was a current account surplus, reported for the first time in 17 years. This excess is attributable to a lacklustre demand and a better-than-expected increase in exports. In addition, a massive surge in foreign portfolio investment of USD 36.10bn and strong capital inflows also contributed to the surplus. However, it is debatable whether a current account surplus bodes well for a growing economy, especially if it is on account of capital scarcity. Investing more and running a current deficit more than savings is undoubtedly preferable. Notably, India’s foreign exchange reserves crossed a record USD 600bn for the first time, and after a risk-off period in April-May, the prospects for capital inflows are improving again.

In early June, this year, the Finance Minister, Ms. Nirmala Sithararaman, announced a much-awaited USD 8.5bn fiscal package to energise the economy ravaged by the second wave. The eight measures announced in the package included a new credit guarantee scheme for health, tourism, and micro borrowers, besides expanding the emergency credit line guarantees and extending the employment scheme. But, once again, while the focus seemed to fix the supply side, it is uncertain what exactly would help or impact economic recovery. The general perception is that the measures support the economy via investments but do not provide a consumption boost that the industry has been clamouring for.

A critical provision in the Budget 2021, has resulted in the Strategic Disinvestment Policy, 2021. The proposal to divest two nationalised banks and an insurance company is, unprecedented. To top this, the privatisation of state-run companies in all but four sectors would mean that the Government would exit the agricultural sector entirely. It would quit manufacturing steel, chemicals and pharmaceuticals, engineering goods, transportation vehicles and equipment, industrial and consumer goods, and the textiles industry. In services, the exit list would include trading and marketing, consultancy services of various kinds, and hotels and tourism. Achieving the privatisation goal is indeed a tall order. The Department of Investment and Public Asset Management may not be up to the task as its decisions are invariably questioned, leading to delay in chasing timelines. This, therefore, validates the legitimacy of the demand to constitute an independent ministry of privatisation that would be better empowered to take timely decisions.

The monsoon session of the parliament began this month, and the Government has lined up 17 bills as part of the legislative agenda. Unfortunately, absent in the list is the much-awaited regulation that would deal with digital currencies. In the coming months, two key aspects that will impact growth are, how fast the country can vaccinate its citizens and how India can avoid the third wave after the shocking experience of the second.

Significantly, the path-breaking reforms launched in 1991 that unleashed the era of free markets completed 30 years this June. Back then, the reforms were forced upon the nation on account of a grave fiscal and balance of payment crisis. While successive governments have worked and expanded on those reforms, a lot more needs to be done to achieve the full potential that the country holds. There are compelling cases of urgent reforms needed in education, healthcare, judicial reforms, comprehensive social security, low-carbon economic footprint, and a clear framework to bring back private investment in infrastructure.

The list of reforms still waiting to happen is long. However, to realise the potential that the economy holds, the dream pursuit of double-digit growth remains on top of the wish-list. 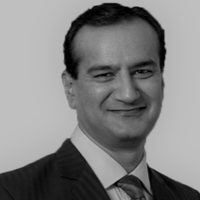 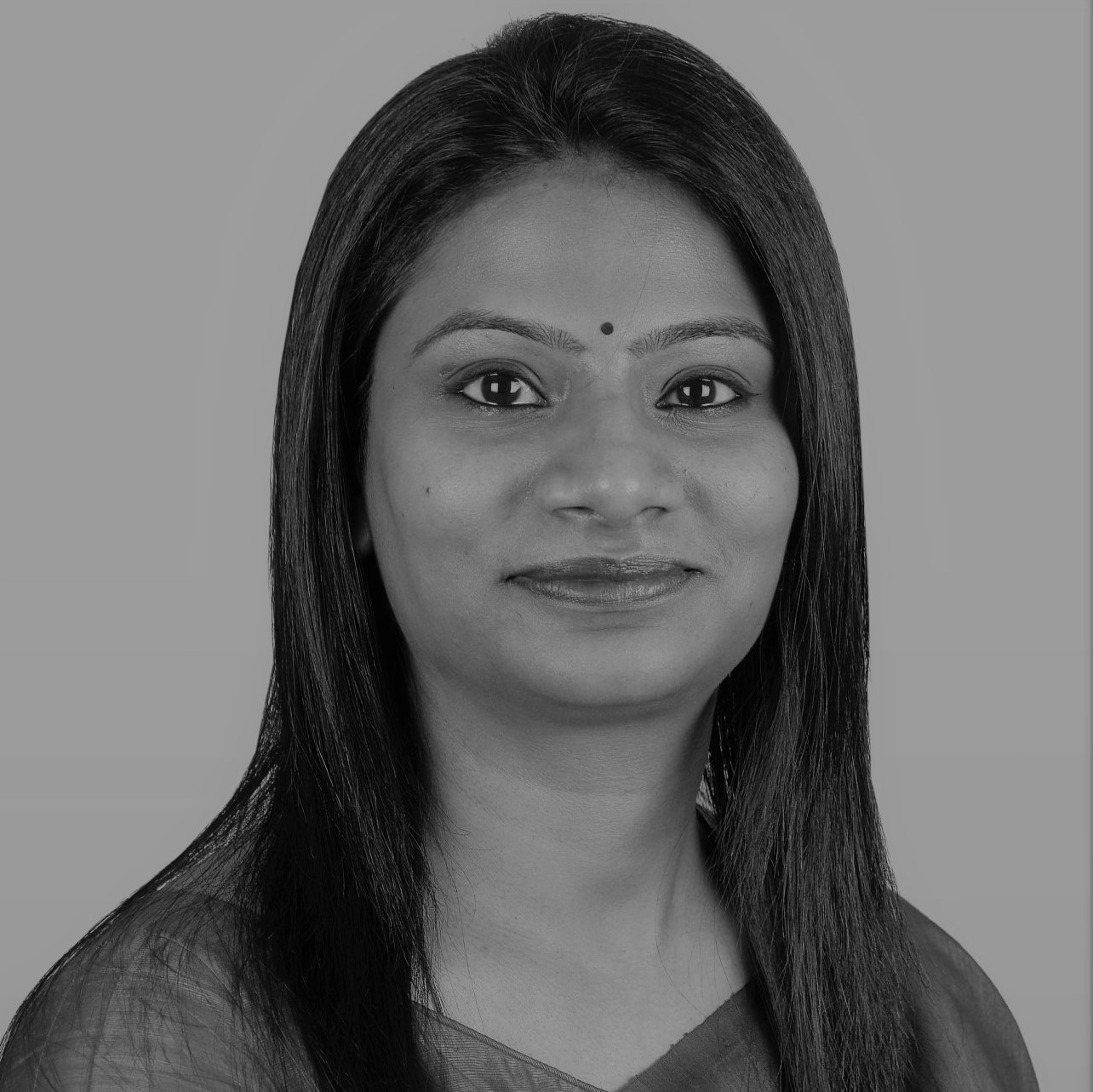 India-UK trade relations – The road ahead

India and the UK recently announced the India-UK Enhanced Trade Partnership (ETP) reaffirming their commitment towards negotiating a comprehensive Free Trade Agreement (FTA) to double the bilateral trade between the two countries by 2030. A well-designed and comprehensive FTA can provide multiple benefits, including access to the global market, preferential tariffs, and new business opportunities to overcome international trade barriers.

The European Union (EU) was one single market with the UK as a part, however, with BREXIT, the UK has formally left the EU and is now free to negotiate trade deals with the rest of the world. To begin with, the UK has concluded trade agreements with major trade partners like Canada, Central America, Japan, Switzerland, Singapore, etc. and has also initiated talks for trade with members of the World Trade Organization (WTO) on WTO terms and with other developing countries under the UK’s Generalized Scheme of Preferences. The UK has also signed mutual recognition agreements with Australia, New Zealand, and the United States of America to recognise the results of one another’s conformity assessments and to initiate trade deals.

India and the UK have officially invited feedback from stakeholders and to this effect, India released a consultation paper inviting suggestions from industries and associations on 25 June 2021. The UK has undertaken a 14-week consultation process with trade and industry which is due to conclude on 31 August 2021.

Both countries are expecting growth of cross-border trades in various sectors including automobiles, hospitality, health, agri-food, pharmaceuticals, and apparel and are also discussing mutual benefits in other areas like e-commerce, public procurement, banking services, etc.

The upcoming FTA will unlock the full potential of the trade and commercial relationship between the two countries and will also help both countries explore opportunities such as:

This Agreement will help in augmenting bilateral trade by providing an appropriate supportive policy framework for supply chains formed by global multinational corporations and for deepening production networks between India and the UK.

The stakeholders in both countries should consider FTA as a huge trade opportunity and should maximise benefits. Key stakeholders need to explore demand for their products in the other country within their existing production capability and revisit their supply chain inwards to align with the origin criteria, and outwards for smooth supply of goods to the receiving country. Tariff elimination under FTAs can provide businesses a level playing field. It can help countries gain substantial access to large markets at concessional rates of duty for competitive products. Businesses in India and the UK should actively participate and share concerns/objectives to make this agreement beneficial for both countries in the long run.

Until Brexit, businesses in the UK enjoyed trade protections as a member of the EU Customs Union, however, this also meant limitations in many ways as the UK individually could not make trade deals with non-EU countries. Brexit has opened new doors of opportunities for the UK, which now is free to negotiate a new generation of trade deals with the rest of the world. After Brexit, the UK Government has set an ambition to secure Free Trade Agreements (FTAs) with countries covering 80% of UK trade by the end of 2022.

Currently, India & the UK are discussing trade deals to derive mutual benefits for both countries. Accordingly, a consultative paper has been released for comments by the stakeholders to formulate a basic framework of the FTA, which will form the basis of an evidence-based approach for negotiation and decision-making on the FTA by both countries.

Evidence suggests that with a systematic approach, FTAs can lead to a large, sustained increase in trade in goods and services between partner countries. In order to achieve the maximum potential from the proposed FTA, both countries should focus on achieving the following objectives:

In the current trade scenario, India has a very high tariff on the import of goods and a high number of non-tariff barriers as well. These non-tariff barriers include regulations, standards, and procedures required to ensure that domestic legislative requirements are met. Additionally, India’s restrictions on services trade are substantially higher across sectors as per the Services Trade Restrictiveness Index (STRI) released by the OECD.

In the upcoming FTA, it is expected that India will reset and lower the tariffs in priority sectors and ease out non-tariff barriers to improve trade between the countries. These measures are expected from both sides in an endeavour to ensure access to a wide range of products and services at competitive rates to consumers.

The proposed FTA should also aim at removing quotas so that there is no limit on how much trade a trader can undertake between the countries. Generally, in trade deals under FTAs, issues relating to reducing delays or eliminating border checks are not taken up on priority, however, small measures like this can ensure a great deal of success in ease of doing business. Special provisions in the FTA can be incorporated for safety standards, product standards, packaging, etc. on which traded goods can be checked at the port of entry.

Further, the proposed FTA should also incorporate provisions to minimise risks and uncertainties associated with long-term investments by businesses. This measure alone will ensure that the proposed FTA is successful in the long run. Trade and industry bodies should also actively engage in the consultation process to include further opportunities and remove existing and potential bottlenecks through the proposed FTA.

These measures may provide the relevant framework for the proposed FTA between India and the UK, which will further strengthen the existing strong and long-standing trade relationship. 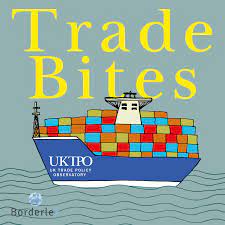 So what are the prospects for UK-India trade? What’s India’s game plan, and how likely is it that it will achieve its objectives? Click below to hear Chris Horseman joined Dr Mattia Di Ubaldo, Fellow of the UK Trade Policy Observatory; Dr Amrita Saha, Research Fellow at the Institute of Development Studies; and Professor Abhijit Das, Head of the Centre For WTO Studies at the Indian Institute of Foreign Trade. 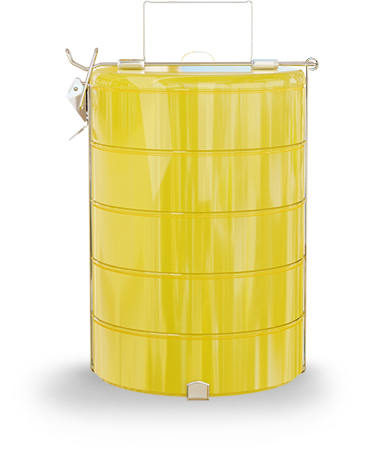